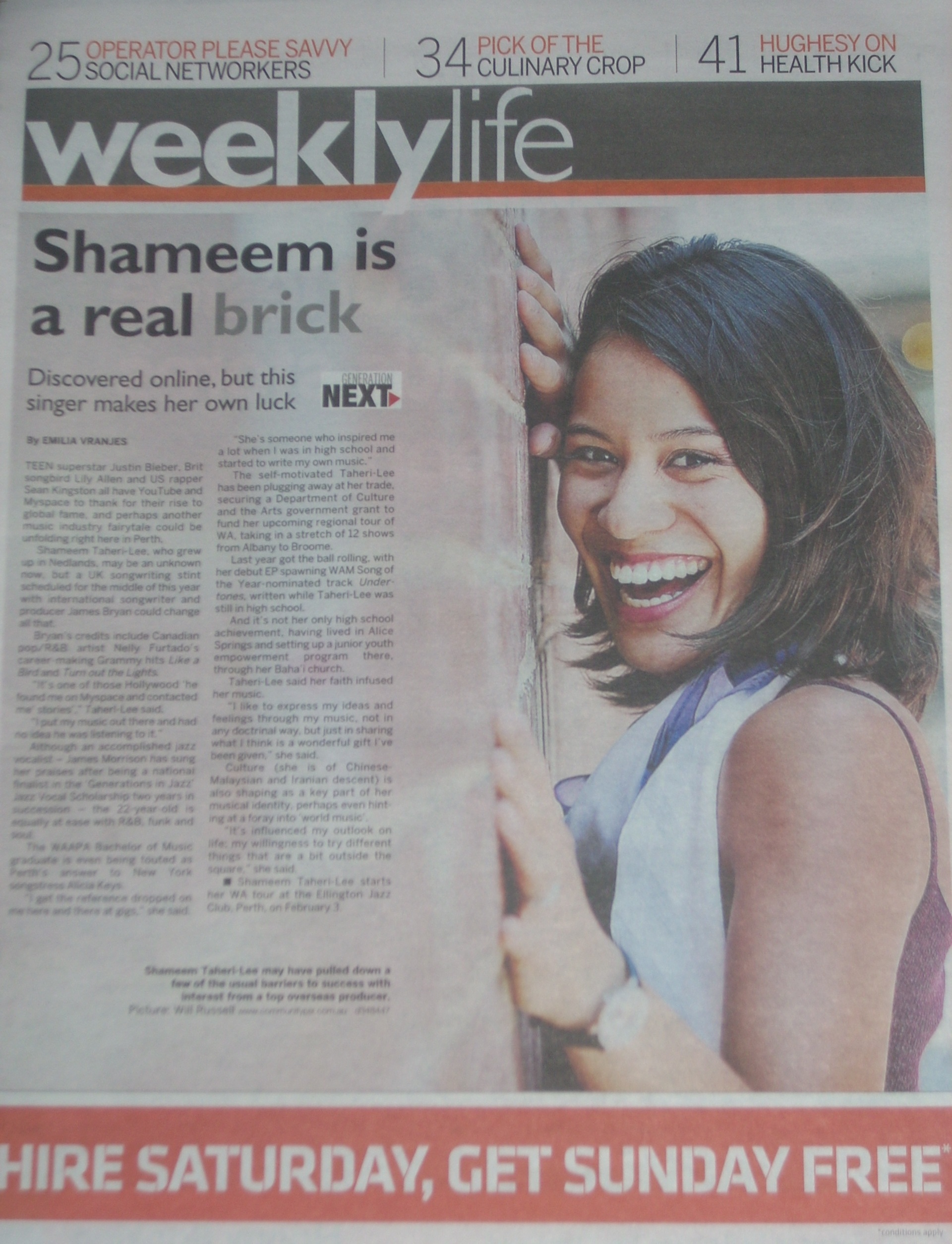 This article was published in various Community newspapers, including the Guardian Express, the Western Suburbs Weekly, the Southern Gazette, the Melville Times and the Cockburn Gazette. Article by Emilia Vranjes, photos by Will Russell.

Teen superstar Justin Bieber, Brit songbird Lily Allen and US rapper Sean Kingston all have YouTube and Myspace to thank for their rise to global fame, and perhaps another music industry fairytale could be unfolding right here in Perth.

Shameem Taheri-Lee may be an unknown now, but a UK song-writing stint scheduled for mid-this year with international songwriter and producer James Bryan could change all that. Bryan’s credits include Canadian pop/R&B artist Nelly Furtado’s career-making Grammy hits Like a Bird and Turn out the Lights.

“It’s one of those Hollywood ‘he found me on Myspace and contacted me’ stories,” Taheri-Lee said. “I put my music out there and had no idea he was listening to it.”

Although an accomplished jazz vocalist – James Morrison has sung her praises after she became a finalist in the ‘Generations in Jazz’ Jazz Vocal Scholarship two years in succession – the 22-year-old is equally at ease with R&B, funk and soul.

The WAAPA Bachelor of Music graduate is even being touted as Perth’s answer to Alicia Keys. “I get the reference dropped on me here and there at gigs,” she said. “She’s someone who inspired me a lot when I was in high school and started to write my own music.” 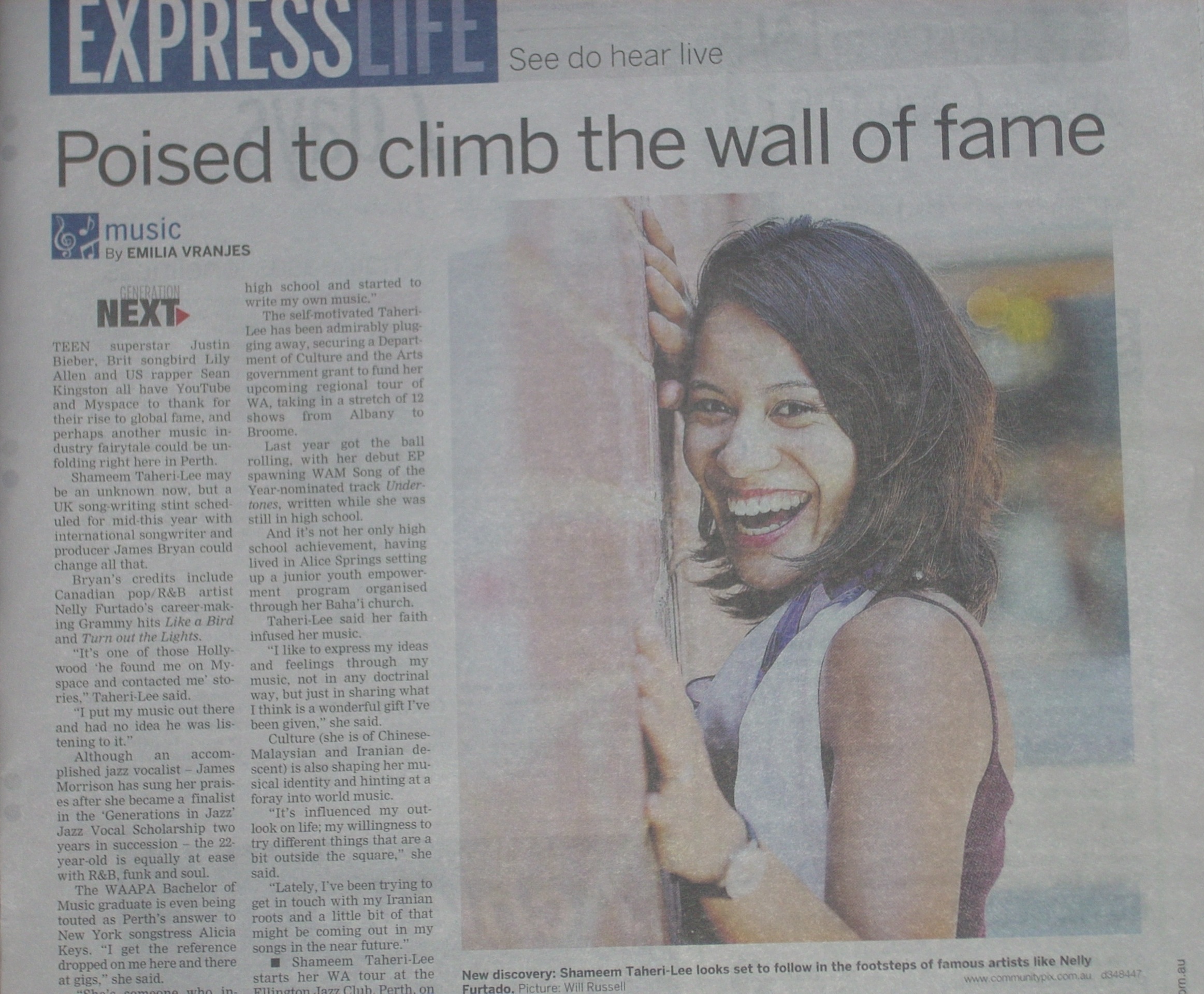 The self-motivated Taheri-Lee has been admirably plugging away, securing a Department of Culture and the Arts government grant to fund her upcoming regional tour of WA, taking in a stretch of 12 shows from Albany to Broome.

Last year got the ball rolling, with her debut EP spawning WAM Song of the Year-nominated track Undertones, written while she was still in high school.

And it’s not her only high school achievement, having lived in Alice Springs setting up a junior-youth empowerment program organised through her Baha’i church.

Taheri-Lee said her faith infused her music. “I like to express my ideas and feelings thought my music, not in any doctrinal way, but just in sharing what I think is a wonderful gift I’ve been given,” she said. 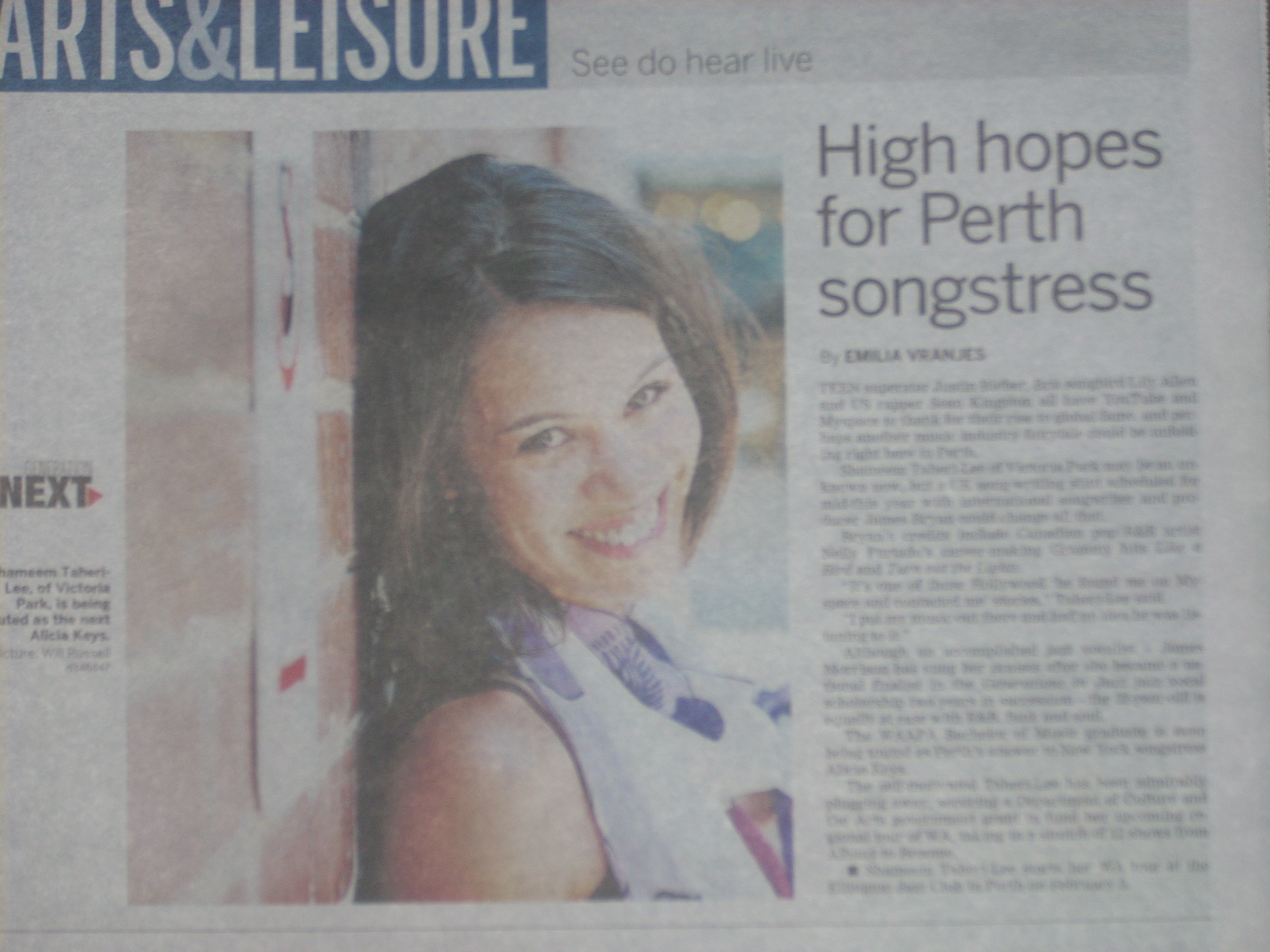 Culture (she is of Chinese-Malaysian and Iranian descent) is also shaping her musical identity and hinting at a foray into world music. “It’s influenced my outlook on life; my willingness to try different things that are a bit outside the square,” she said. “Lately, I’ve bee ntrying to get in touch with my Iranian roots and a little bit of that might be coming out in my songs in the near future.”