Here’s a tiny snippet of me rehearsing “Under One Sun” with the New Era Baha’i Choir… I was a guest artist for a show that they put on in honour of their late founder and conductor (and a good friend of mine), Greg Parker, and we performed this song together at that concert. I get goosebumps whenever we sing it through, because of all the vibrations of so many voices singing in four-part harmony coming at me from behind… it’s pure awesomeness.

Live footage from our performance at Canadian Music Week 2015; thank you so much Tony for the footage! This is us performing “Strawberry”; after the second chorus it’s a bit hard to see the band because everyone got up and danced in front of the camera, but I think that adds to the charm of this video. One thing I’ve learnt about Canadians is that they like to holler and egg you on during a scat solo, hehe…

Performing a jazzed up arrangement of “Strawberry”, live at The Second City Album Launch in Perth, at Subiaco Arts Centre.

Thanks to Red Sky Music for featuring the “Under One Sun” video on their program! Check it out here.

Here’s a little video of me performing a cover of “What’s Up” by the 4 Non Blondes live on “The Kitchen” at Radio Fremantle last week.

END_OF_DOCUMENT_TOKEN_TO_BE_REPLACED 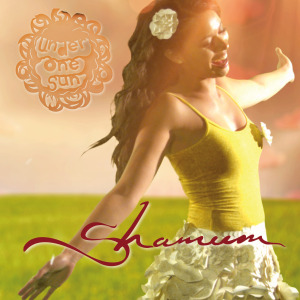 Shameem is stoked to announce the release of her brand new single “Under One Sun”! “Under One Sun” is now available for purchase on iTunes. The track was co-written with and produced by Grammy-winning UK-based producer James Bryan, who has worked with such artists as Nelly Furtado, Olly Murs and James Morrison.

Ever true to Shameem’s mission to encourage social and spiritual consciousness, the lyrics of the song carry an important message of unity. The track has a bright, soul-pop feel, with a hint at the soulful grooves of Stevie Wonder and the rich harmonies of D’Angelo.

The captivating video, in which EVERYTHING is made of paper, was produced by up and coming Perth director Jason Eshraghian. It was created in collaboration with Western Australian artists Renee Farrant, who created all the paper objects in the video including Shameem’s outfit, and Phil Doncon, who created the painting that is featured in the video’s narrative.

Purchase Under One Sun on iTunes.

Footage from our performance on Foxtel Aurora’s The Couch. Dom & I performing “Beautiful Soul” live on set!