There was some great press coverage from Community Newspapers in Perth, in the lead up to my gig at The Ellington Jazz Club on 18 October. You can check out two different articles that their various papers ran below.

Now after the success of a busy year touring, neo-soul songstress Shameem Taheri-Lee is returning to Perth this month to bring the sounds of her latest album to the Ellington Jazz Club.

The Victoria Park resident’s sophomore album The Second City boasts 15 tracks with lyrics touching on thought-provoking themes, including prejudice, broken trust and gratitude in the face of difficulties.

“Music is a very powerful medium which can be used to communicate positive ideas and messages,” Taheri-Lee said.
END_OF_DOCUMENT_TOKEN_TO_BE_REPLACED

The soulful sound of local songstress Shameem Taheri-Lee is certainly helping the 25-year-old make a name for herself.

Having grown up in Nedlands, the former St Hilda’s student released her self-titled debut album two years ago and has since supported international artist George Benson, Ronan Keating and Belinda Carlisle, toured Australia, the USA and Canada, plus had her single Turn It On used in the Kleenheat Gas advertising campaign.
END_OF_DOCUMENT_TOKEN_TO_BE_REPLACED

Lots of artists paint to music, but few paint on stage to a live band.

Geraldton-based visual artist Phil Doncon has developed the art of painting huge canvases on stage accompanied by orchestras or bands. For the Fringe Festival he will join local soul singer Shameem Taheri-Lee on stage in The Art of Soul.
END_OF_DOCUMENT_TOKEN_TO_BE_REPLACED 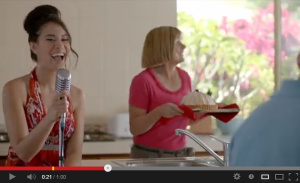 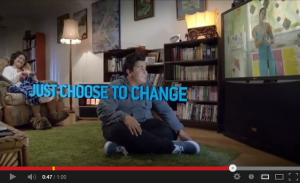 This article in The West Australian is about the marketing campaign Kleenheat Gas that features the song that I recorded with Tokyo-based producer, Nick Wood. No mention of little me in the article unfortunately, but I like the picture!

Check out the podcast of my interview with Helen Matthews from RTR fm.