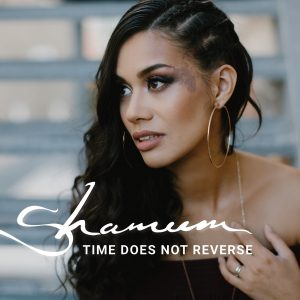 Shameem has announced the release of her new EP and fourth studio recording, Time Does Not Reverse.

Time Does Not Reverse was recorded and co-produced with Rob Agostini (Rai Thistlethwaite, Tim & Jean) at Soundbaker Studios in Perth. A multi-skilled musician, Shameem wrote and co-produced the EP’s four tracks, playing keyboards and contributing to the drum programming, in addition to her stunning, gravity-defying vocals.

A strong melodic sensibility and an unmistakable flavour of soul infuse the tight production, and provide the common threads between the contrasting songs. Ranging from moody to sunny, old school to neoteric, Shameem’s songs carry lyrical themes that span personal experiences, social commentary, and uplifting words of inspiration.

In keeping with her philosophy of celebrating diversity, Shameem has confidently featured her strawberry facial birthmark in the EP’s cover art, as well as throughout the music video of the EP’s lead single, I Love You, But.

Nice little write up in the Post newspaper this week. 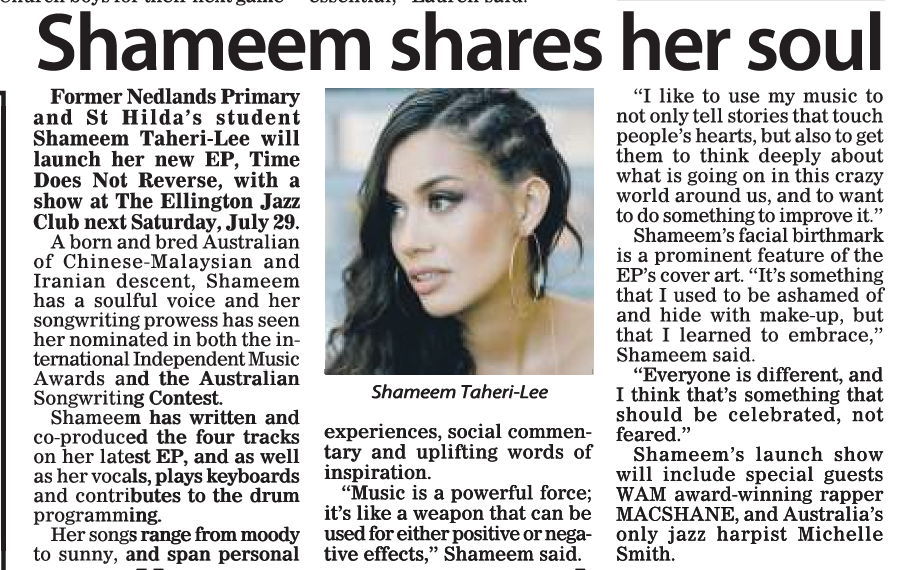 The lyrics for “Just a Show” are here.

I love being a performer; I love playing music for a living. I love that every day my job is different to the day before: no two gigs are ever the same. The venue will be different, the audience will be different, the weather and mood will be different. I love being able to share a bit of my soul with everyone through the medium of music. I love the kick that I get when I see people smiling, singing along, tapping a toe, nodding to the beat, dancing, or even tearing up. I love being able to touch and reach people in that magical way that only music can. I love performing with amazing musicians, and I love it when we push each other onstage to create never-again-to-be-experienced moments that are unique to the art of live music. I love, love, love my job.

But MAN, there are parts of my job that stink. END_OF_DOCUMENT_TOKEN_TO_BE_REPLACED

Columns and posters of glamour
Bright neon lights from the fast food chain
Glittering eyelids, luxurious lashes
Here we go again
High heels precariously perching
Ripped off with relief when the night is done
The feathers, the finery, fantastic fiasco
The battle’s lost and won

END_OF_DOCUMENT_TOKEN_TO_BE_REPLACED

The lyrics for “Pass It On” are here.

My uncle King Toh was the initial catalyst behind this song. He very generously donated to a crowdfunding campaign for my last album, and his reward was for me to write a song on his topic of choice. Several other people were also recipients of this same reward; most of them got me to write a love song for their partner/ spouse, or a jingle for their business. But Uncle Toh asked me to write a song about the concept of “pay it forward”: doing something good without any thought of reward. This really sparked my imagination, as service to the community is a big part of my life, and I’m a firm believer in the concept that you can only become a better and nicer person if you reach out and give of yourself generously to others. I’m also a firm believer that the world is not too far gone: the smallest actions that we make do make a difference, and the betterment of the world can be achieved through the sincere and good deeds of everyday people. What’s more, I believe that it doesn’t matter how talented (or not talented), how smart (or not smart), how strong (or weak) or rich (or poor) you are: everybody on this earth has something that they can offer that will be of benefit to someone else. The most important thing I think is the motivation for our actions, which is what “pay it forward” is all about: we don’t do a good thing because it will in any way come back and benefit us. We just do it because it’s a good thing to do.

END_OF_DOCUMENT_TOKEN_TO_BE_REPLACED

You have a smile, you have a minute, you have a dollar
That someone else may need
Could you
Just take a while, reach out and give it, no thought for honour?
‘cause you might plant a seed
And one day we may see
The seed become a tree

END_OF_DOCUMENT_TOKEN_TO_BE_REPLACED

The lyrics for “Moderation” are here.

We live in a world of extremes. There is no shortage of groups of people in the world who oppose each other. Everyone has an opinion, which they’re entitled to, but so many people are holding onto their opinion so tightly that this clouds their vision and prevents them from considering objectively another point of view, and being willing to revise their opinion in light of new information obtained. What’s more, because this is the case, increasingly people pre-judge and box others who may be inclined to a different ideology or occupation or even fashion sense to themselves, and assume that others are “against” them. You’re either “for us” or “against us”. You have to be either anti- something or pro- the same thing. And if you are pro the thing that I am anti, then we can’t get along, and vice versa.

END_OF_DOCUMENT_TOKEN_TO_BE_REPLACED

Got a nice write-up about my single I Love You, But from French blog Sounds So Beautiful. To check it out click on the image below. 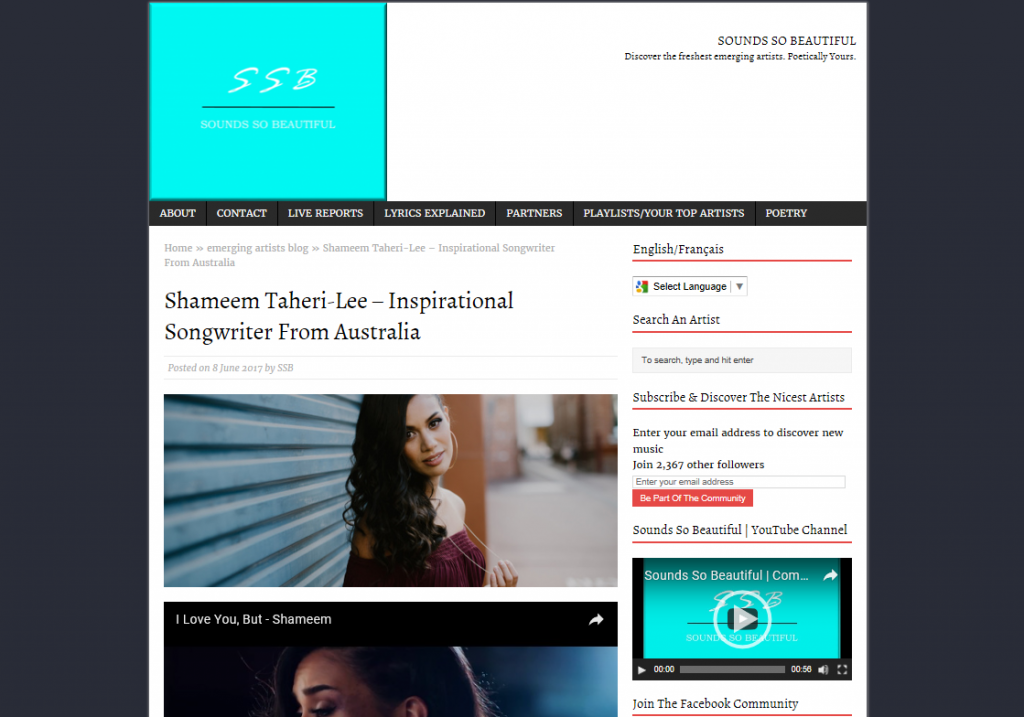