Moderation, live at the Time Does Not Reverse EP launch show at The Ellington Jazz Club, featuring rapper MACSHANE. 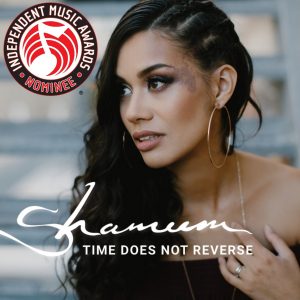 A number of prestigious international songwriting competitions have nominated various tracks from Shameem’s latest EP, Time Does Not Reverse. This is in addition to Shameem’s recent grand prize win of the John Lennon Songwriting Contest with the track Pass It On.

1) The Independent Music Awards has nominated Time Does Not Reverse as a finalist in its Urban EP category. The final winners for this competition are yet to be announced.

2) The UK Songwriting Contest has nominated I Love You, But and Just A Show in the finals of the RnB / Urban and Adult Contemporary categories respectively. This means that these tracks were in the top 1-2% of entries from all around the world in their categories. Additionally, Pass It On and Moderation were named in the semi-finals, which means that all four tracks of the Time Does Not Reverse EP were nominated in this competition!

3) The USA Songwriting Competition has nominated Moderation as the finals of its R&B category.

This means that, while the Time Does Not Reverse EP has remained unsung in any songwriting competition in Shameem’s home of Australia, all four of its tracks as well as the EP itself have either won or been recognised as finalists in one of four different international competitions.

Another write-up from French blog Sounds So Beautiful, this time reviewing the entire the Time Does Not Reverse EP.  Click on the image below to read the full article. 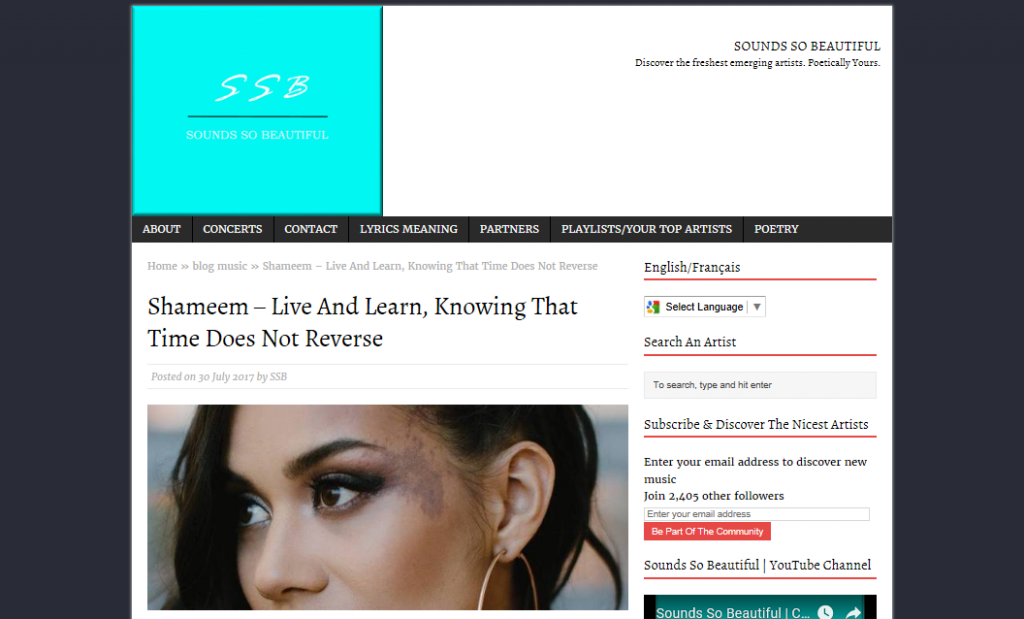 The lyrics for “Moderation” are here.

We live in a world of extremes. There is no shortage of groups of people in the world who oppose each other. Everyone has an opinion, which they’re entitled to, but so many people are holding onto their opinion so tightly that this clouds their vision and prevents them from considering objectively another point of view, and being willing to revise their opinion in light of new information obtained. What’s more, because this is the case, increasingly people pre-judge and box others who may be inclined to a different ideology or occupation or even fashion sense to themselves, and assume that others are “against” them. You’re either “for us” or “against us”. You have to be either anti- something or pro- the same thing. And if you are pro the thing that I am anti, then we can’t get along, and vice versa.

END_OF_DOCUMENT_TOKEN_TO_BE_REPLACED

A little sample of what we were working on in the studio last week… cutting up samples for the intro of a song.