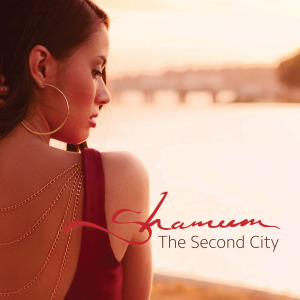 Shameem has now released her eagerly anticipated sophomore album, The Second City. The Second City was co-produced by Shameem together with Rob Agostini (Rai Thistlethwaite, Tim & Jean) at Soundbaker Studios in Perth, the world’s most isolated capital city and Shameem’s hometown. Rich with soulful vocals and keys-driven works of art, the record offers insight in to Shameem’s inspiring passion for life, positivity, spirituality and general desire to assist in the betterment of the world via song and goodwill. It touches on a number of thought-provoking themes over the generously loaded 15 tracks: the overcoming of prejudice, broken trust and forgiveness, thankfulness, and gratitude in the face of difficulties.

The album includes the singles “Beautiful Soul“, which was awarded 4th place in the Australian Songwriting Contest Contemporary Pop/ Dance category, and “Under One Sun“, which was co-written with Grammy-winning producer James Bryan (Nelly Furtado, Olly Murs, James Morrison). While remaining true to Shameem’s roots in neo-soul, this album also shows the mixed-race artist paying homage to her Iranian heritage as well as exploring styles as diverse as reggae and rock.

The Second City is available for purchase on iTunes and Bandcamp. To find out more behind the story of The Second City, you can check out a trailer for the album, or read Shameem’s explanations of the inspiration behind the lyrics.