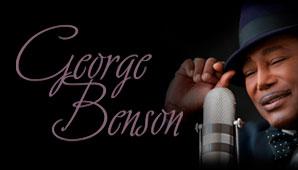 Shameem is thrilled to announce that she will be supporting Jazz/ R&B icon George Benson‘s show in Perth on Saturday 24th August.

Since becoming a global phenomenon in 1976 with Breezin’ (the first Jazz album to reach #1 on the Pop charts and achieve Platinum status), George has been honoured with ten Grammy Awards and is acknowledged as a Jazz Master (America’s National Endowment for the Arts highest accolade).

This show is almost sold out; the last tickets are available here. George Benson’s show is presented by Mellen Events.