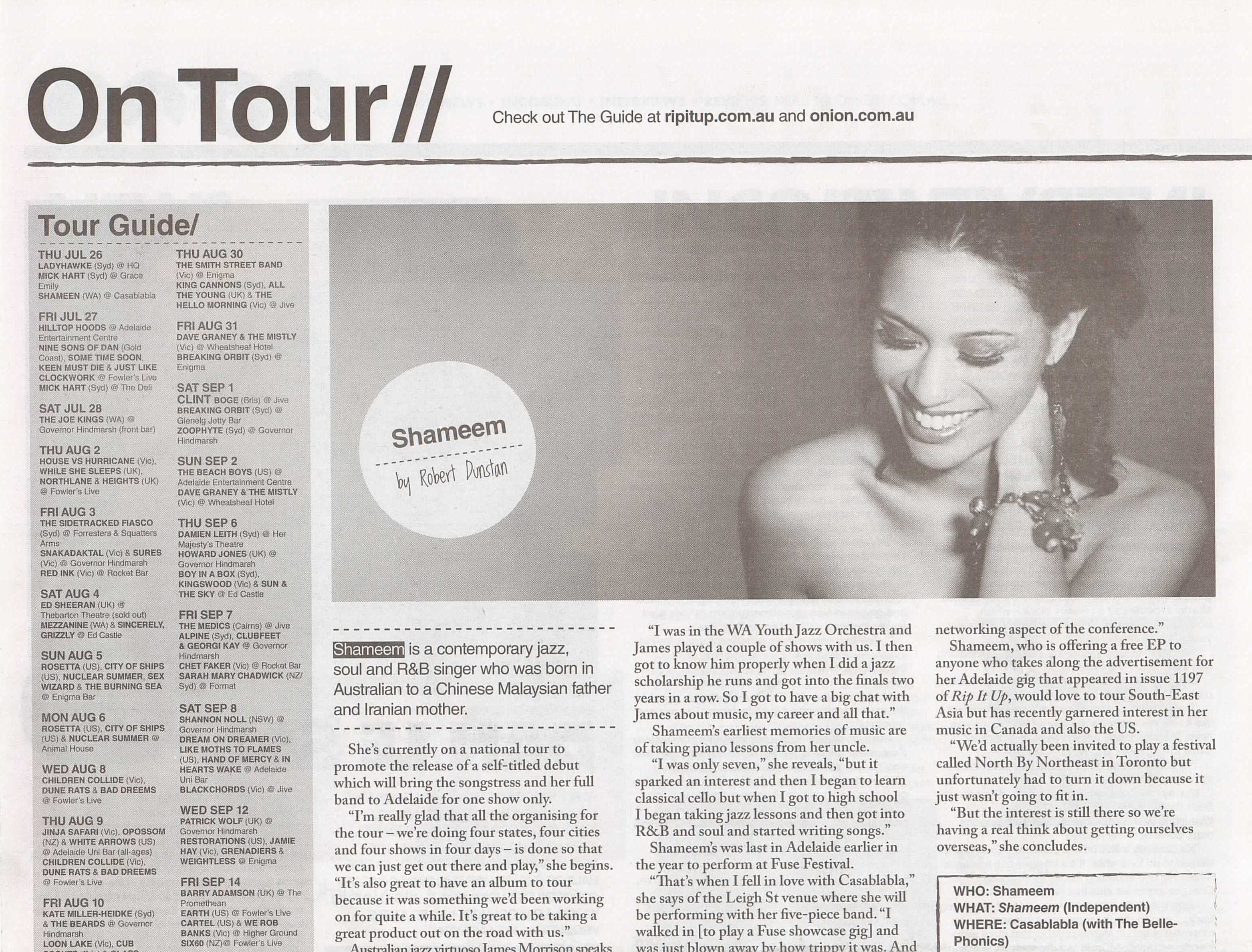 Shameem is a contemporary jazz, soul and R&B singer who was born in Australia to a Chinese-Malaysian father and Iranian mother.

She’s currently on a national tour to promote the release of a self-titled debut which will bring the sonstress and her full band to Adelaide for one show only.

“I’m really glad that all the organising for the tour – we’re doing four states, four cities and four shows in four days – is done so that we can just get out there and play,” she begins.

“It’s also great to have an album to tour because it was something we’d been working on for quite a while. It’s great to be taking a great product out on the road with us.”

“I was in the WA Youth Jazz Orchestra and James played a couple of shows with us. I then got to know him properly when I did a jazz scholarship he runs and then got into the finals two years in a row. So I got to have a big chat with James about my music, my career and all that.”

Shameem’s earliest memories of music are of taking piano lessons from her uncle.

“I was only seven,” she reveals, “but it sparked an interest and then I began to learn classical cello but when I got to high school I began taking jazz lessons and then got into R&B and soul and started writing songs.”

Shameem was last in Adelaide earlier in the year to perform at Fuse Festival.

“That’s when I fell in love with Casablabla,” she says of the Leigh St venue where she will be performing with her five-piece band. “I walked in [to play a Fuse showcase gig] and was just blown away by how trippy it was. And Fuse was cool too because I really enjoyed the networking aspect of the conference.”

Shameem, who is offering a free EP to anyone who takes along the advertisement for her Adelaide gig that appeared in issue 1197 of Rip It Up, would love to tour South-East Asia but has recently garnered interest in her music in Canada and also the US.

“We’d actually been invited to play a festival called North By Northeast in Toronto but unfortunately had to turn it down because it just wasn’t going to fit in.

“But the interest is still there so we’re having a real think about getting ourselves overseas,” she concludes.